white kids > the Dead > the blues

Speaking of the blues, I was rewatching the great documentary Chicago Blues (dir Harley Cokeliss) from 1972 which, besides featuring some amazing performance footage of some Chicago blues heavies, really hits hard on the issue of race.  Very powerful stuff, and still very relevant.  Heads up, though, for the guy discussing the appeal of the blues for white kids, starting around 26:40 in.  No big revelation that a lot of white kids discovered the blues through rock & roll, but the one example he brings up is the Dead covering Junior Wells, of all things (I presume he's talking about "Good Morning Little Schoolgirl," not "Next Time You See Me").


To be fair, it's not an inappropriate link to make, though it's still a pretty random choice given the many, many, many other more obvious entry points that most rock fans had into the blues by 1972.  The Dead, at least, were public in their admiration for Wells' music: Garcia is very enthusiastic about Wells' amazing "Ships on the Ocean" on the guest DJ spot that he and Phil did for KMPX in 1967.  For what it's worth, that tune comes from the same album as Wells' version of Schoolgirl, Hoodoo Man Blues.  See the amazing Garcia's Record Collection post at deadessays for more blues influences.  Wells had also opened for the Dead at the Fillmore on Jan 13-14, 1967 in a trademark eye-popping Bill Graham triple bill with the Doors! 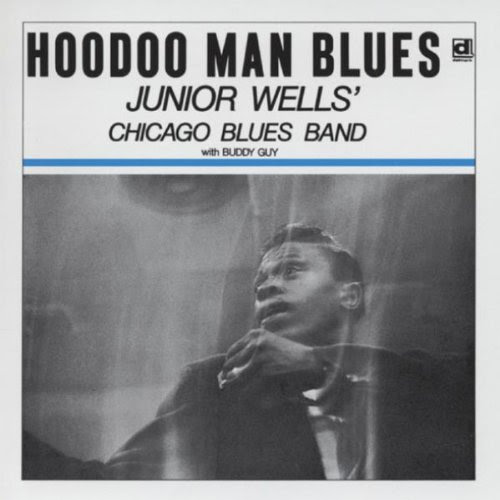 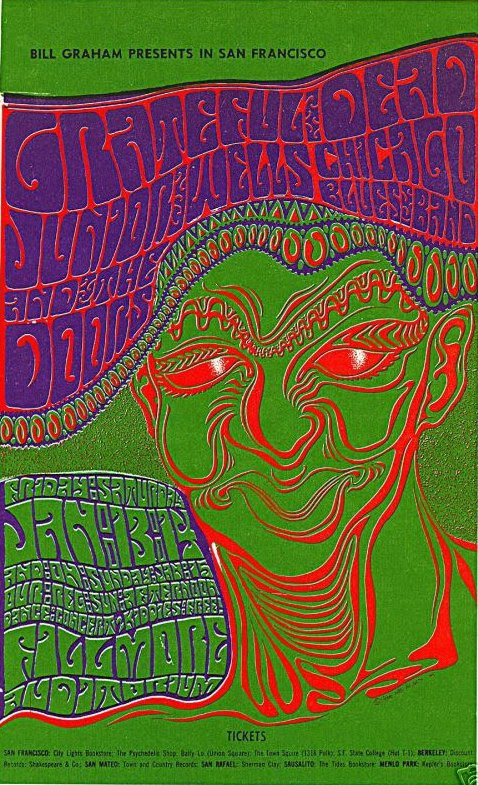