update Nov 2019: Reading an article on an excavated record collection from Rancho Olompali [1] led me back to Light Into Ashes' post on this show and into more new-to-me information -- including some photos of the show (thanks to runonguinness for finding these online!) -- that warranted an update of this post.

I took this jam for a walk in the greyness this afternoon and was inspired enough to sing its praises.  It’s a relatively little known show from a pretty epochal period, probably since it has long been misdated 6/19/68 and, unlike seemingly most other recordings that have long since been upgraded, is represented by one lone fileset that has been in the digital realm since the early 00’s:
https://archive.org/details/gd68-06-19.sbd.cotsman.4511.sbeok.shnf

The show itself wasn’t a usual Dead show: Light Into Ashes has done the best job of filling in the full picture, so go read up.  You would think that a quasi-Acid Test with one of their longest known stretches of uninterrupted jamming in the middle of prime early 1969, a week before the shows that begat Live/Dead, would attract a bit more attention, but apparently not.  I don’t have much to say about it by way of “review,” other than that it’s really good and pretty unique.  The tape is an hour and 50 minutes of what was apparently a four-hour show, and begins seemingly well into the middle of things.  Although the starting Lovelight>NFA>Lovelight is fine and has plenty going on within its 35 minutes, I think I’ve listened closely to it exactly once, which was enough.  Then there’s a break where Don McCoy of the Olompali commune takes the stage to do his thing and lead the crowd in a group chant, which devolves (or evolves, depending on your state of mind) into a bit of a mess — understandably, this is a skipper for most folks, but to me this portion drips with psychedelic goo that goes beyond period ambience and makes my teeth hum with a certain familiar… well, enough said about that.  You can hear Bill Graham marshaling the chaos as the band returns to the stage and slowly gets themselves together, deciding what they’re going to do as they start doing it.

It’s not entirely clear at first who’s up there at first: Bob is initially driving things, and another guitarist who’s thought to be Gary Duncan is playing; Garcia doesn’t appear until 4:50 in (his entrance is pretty distinctive).  The first segment of this jam is a slow burning, smokey, laid back E-minor blues groove.  After a few minutes, Lesh starts the Main Ten riff and they drift back and forth between the two themes for a few minutes, then set off into a series of episodic jams for the next 20 minutes, much like many a 69-70 Dark Star, although there’s nothing explicitly Dark Starry about this, beyond the spirit.  I have no desire to map this out: it’s mostly two-chord vamps and various rhythmic ideas, all explored for a while and organically developed into something else.  Gary Duncan appears to take off at some point, maybe an extra percussionist joins in, and finally they land in the Other One (all instrumental) which gets a loose and pretty heavy, dark jam, before they wind down and stop cold.  The whole jam is nearly 50 minutes total and while it’s not as intense or hot as a lot of other Feb 1969 jams, oh man, it’s got the sound: I'm talking about If I Could Only Remember My Name, the Crosby Dec 1970 Matrix tape, Garcia/Saunders 5/20/71, the 1971 Mickey’s barn jam, that kind of vibe.

While this isn’t going to burn new neural pathways like, say, 2/28/69, I do think it’s a way overlooked and underrated performance.  Well worth a listen.  And how many nearly 50 minute uninterrupted purely instrumental jams did they play?  Hell, just for that reason alone, you’d think folks would be flocking to this one.  Give it another spin!

Also, I can’t let it pass that, evidently, Garcia was playing some bluegrass at the Matrix earlier on 2/19.  It's not confirmed, but that seems to be the consensus.

update: I came upon an interesting addendum to this, re: the speech by Don McCoy in the middle of this tape.  Some more historical color: Don McCoy was the leader of the Chosen Family commune that took over Rancho Olompali after the Dead moved out in 1966.  The commune had been evicted from Olompali after a major fire there on Feb 2, two weeks before this show.  McCoy (then 37; Bill Graham was 38) was a "businessman-turned-hippie" who owned both the Marin Heliport in Sausalito where the Dead rehearsed in 1966-67 and (I think) the houseboat "park" where Dan Healy and John Cippolina lived.

Given that the event was a gathering of the tribes, I'm sure the Olompali fire and averted tragedy must have been on the minds of some folks, not least some of the Dead.  I am no expert in the narratives of The 60's, but this little episode seems to encapsulate the same old story: the Chosen Family commune was already well on its way to collapse when Olompali burned down, and while the Rolling Stone piece paints the Celestial Synapse as an Acid Test family reunion, it is telling that Garcia's memory wasn't so rosy.  In an interview with Dennis McNally, Garcia recalled (after relating numerous horror stories about the June 1969 Fillmore West show where everyone got way too dosed):


... [the June 69 show was] a disaster.  That one and the one they called the Celestial Synapse, the one that Don Hambrecht [sic] guy put together where everybody got a card with an STP [Serenity, Tranquility, and Peace—a synthetic hallucinogen] tablet in it.

Dennis McNally: I wasn’t aware of that detail. That was a very elaborate, printed invitation.

Garcia:  That was the one where naked people festooned the stage.

McNally:  That was in February—

Garcia:  That was in the big O.D. period.

[from Jerry On Jerry ch 7; thanks to Light Into Ashes for this info]


So... just a little more meat about this obscure but fascinating GD show.  Given how wasted everyone must have been, it's amazing that the big jam that we have on tape sounds so good!

more photos (all by Bob Fitch): 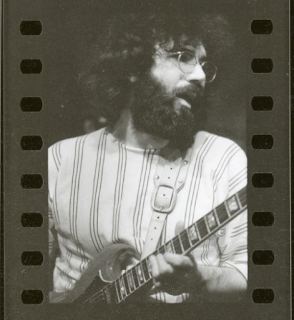 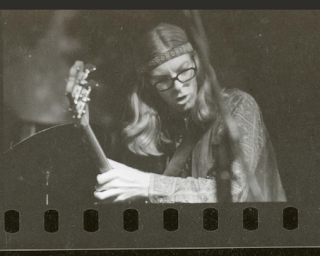 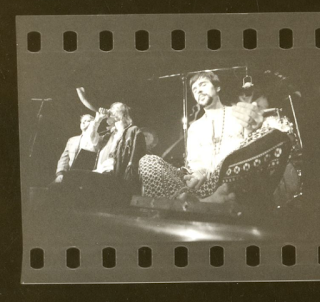 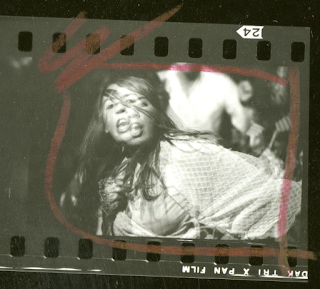